The first six shots are animated.  The first shot is lit and nearly ready to render.  The next half of the episode should go quickly.  Slowly but surely, it's all coming together.
Read more

And here we are.  Animation has started again.  The last few weeks have comprised of laying out the last of the rough shots, filming some reference footage and ideas for animation, and animation in earnest.  While animating, I might take occasional breaks to go back to assets.  While a few of the environments still need to be made, I enjoy playing around with the characters here and there.  Next in line is that of the forlorn angel itself, who is getting a proper refitting.  While not as extreme of a makeover as Kaelis, I'm improving the quality of his clothes and giving it its true face behind the mask.  We'll never see it, but details are important and it'll make me happy that the visage behind the mask is accurate.
Read more 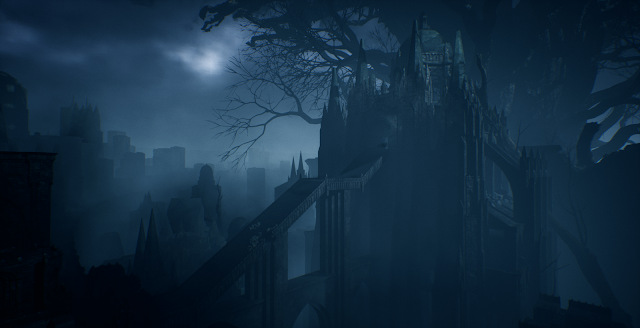 Animation kickoff looms near.  The new environments are finalizing, old environments and assets are being updated to bring them more into line with the proper art style.  The bones of an ancient battle have been added to the first environment to lend some history to area, and new buildings have been made to expand the area.  The bridge has been entirely rebuild in a shift away from neoclassical design towards full Gothic architecture. The first four episodes of the film now exist in the layout stages.  I don't anticipate ever showing off my layout because as I am the only one working on this film and I know what I'm going for, my previs is incredibly sloppy and not very interesting to look at.  It's more chess pieces moving around the board than proper layout.  Of those layouts, episode four exists partially in animation as the pilot covers that story beat somewhat.  Now it's time to do a pass on the remaining three episodes and the whole film will exist from star
Read more 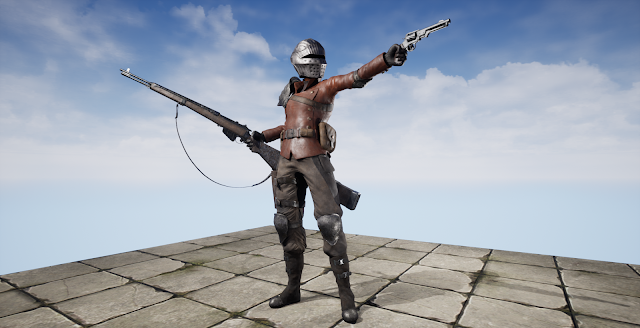 It's been a pretty wild couple of weeks.  Last time I posted I mentioned wanting to redo the main character due to many people not realizing she was a woman.  And so over President's Day weekend I did what Abe Lincoln would have wanted me to do and hit the ground running making changes to my character.  What first started as tweaking some shapes on the rig turned into a ground up remodeling and retexturing for not only the character but all of her props as well.  Now that it's done, I think it was well worth the effort.  The main character was the first thing I made almost a year and a half ago, and since then I've learned so much about so many different things, and applied all of that to the new rebuild. When I first created her model, I had her more stylized and based off the drawings I originally made and my Fiancee finalized.  The style was a little more simplistic, aiming for solid, chunky shapes and a more unambitious approach.  But as I began to make the
Read more 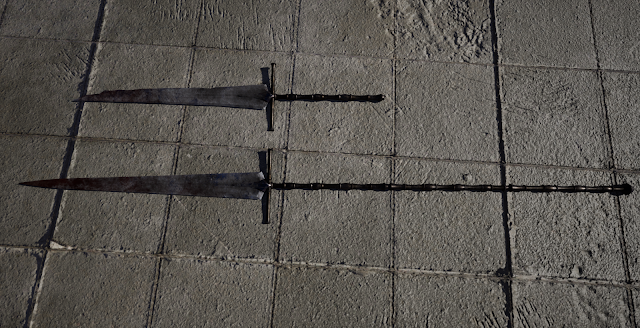 It's been a while since I last updated.  I've been pounding the pavement, as it were, working on this project as often as time allows.  And as such I've forgotten to update the blog in a couple weeks.  But now I'm back! So I've been working on two big assets over the past few weeks.  The first is the corpse of an ancient angel.  If that sounds like nonsense it's because it is.  I'll get into it in the future, but basically the monster from the pilot is an angel, and there are more of them, but they are dead for reasons, and we'll see some in Episode I.  Again, I'll make a future post detailing them in more, um, detail. I finished modeling and painting that asset, but before I went to rig it I got distracted by a new undertaking.  When showing the pilot to people occasionally they would mistake the main character for a man.  And last week I heard that comment once more, and I decided that if that many people weren't able to tell it was a girl
Read more
More posts